Start your 13 days of Creative Passion!

The Ceremony of the Blue Flame: Trece oxlajuj Ag’ab’al (Thirteen Agabal) by Sri and Kira

The title of this article is Katchiquel Maya for 13 agabal. For the maya, this is a very sacred date. We gathered at the request of the High Oracle of the Maya who had invited us to hold two ceremonies to anchor in the energy of this time on the planet. 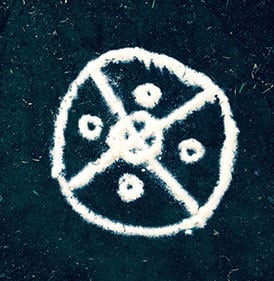 The first ceremony was held the day of the first Blood Moon and we have shared the power and momentum created by this journey.  (You can learn more about this at our YouTube Channel, Official Sri and Kira.)

This was the closing ceremony and everything about this ceremony was different…new.  There was the familiarity of the sequence and the people gathered were the same, however everything was simply “different”.

When a Mayan ceremony opens the priest creates a circle of sugar on the ground drawn as the Mayan Cross with each line pointed in its direction of North, South, East and West.  Small circles are placed inside each quadrant as representation of the balance between the light and the dark.  That was familiar, yet for this ceremony ALL of the circles were open.  When we inquired as to why, the response was lovingly delivered:  Because you are clear and your path is now fully clear as well!

We were already in tears and the full ceremony had not even been constructed.  As the ceremony was built layer after layer with incense, resins, chocolate, candles, and more. The final piece were 4 large “balls” of incense that the Maya say is “food for the gods.” Both of us were handed this food along with all the colors of the candles as an expression of cradling the world and all its many colors with love and appreciation.  The weather that morning was rainy, overcast and most of the ceremony was built with a large umbrella overhead.

And, this ceremony was magic from the very beginning.

Together we lit the first candles to start the ceremony.  At that very moment the sun came out…as if from the universe for the first time.  It remained out until the ceremony was completed when the rain returned.

As the ceremony proceeded many visions and revelations came forward from all of us.  For the first time ever…the smoke that arose from the fire was BLUE!   We have participated in many ceremonies, we have seen white smoke, gray, black and shades in between, however blue smoke was a first.

The Blue Starborn and the Universal brethren were making themselves known and danced with us all for hours.
When the ceremony was near completion we felt illuminated and happy when suddenly Kira felt as if she was having a heart attack. A sharp pain entered her and she was knocked to the ground.

“I heard clearly to fall to the ground and release myself to Gaia. To surrender all and to show that I was ready to transition if need be.  At first I was arguing with the voice and then the pain was so intense I had not choice but to fall.

Lying on the ground I could feel the fire as if I was becoming one with it.  I heard to place my left hand as close to the fire as I felt comfortable and to place my ear on the land.  I could only do as I was told as it felt that my body was not able to do anything other than follow the directions of the voice.

I felt myself leaving my body and slipping away and as I did I kept hearing…trust us…this is the time of the re-birth that will be growing for the next 13 days until it anchors.

I don’t know how long I was “gone”, however I do know that upon gaining consciousness the fire was showing me two turtles that kept speaking to me.  I was given much information, all of which I have been asked to not share fully until the 13 days are completed.

The turtles kept speaking and there was a “music” that was soothing, comforting and familiar in the background, yet it was not of this world.  The grass on my face felt soft and my body felt different.

Dizzy, weak and yet uplifted, Sri and the High Priest assisted me to a chair where I spent the rest of the ceremony.
I heard again…there is magic in the 13 and in the next 13 days…move forward.” 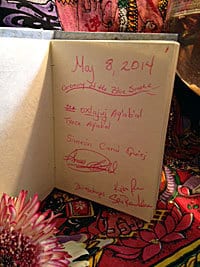 After we completed, Kira was escorted to her room where she asked Sri to please have the Oracle document this Ceremony of the Blue Flame in a small journal.  It was clear that everything about this ceremony needed “proof” for those in density who would not believe it if they did not have it.

She also asked Sri to ask him about the message of the two turtles.  Here was what he said:

For the Maya, the presence of the two turtles when revealed as a vision during a ceremony is the two voices of God.  The small voice that speaks through the beings of this planet and the large voice that is the universal messenger.  For the two turtles to appear it means you have been anchored as a living curendero(a), and that your path has been cleared to assist others to find the voices of God within.

…and there was more, however we can not yet reveal it.

It was rare that our beloved Mayan Oracle invited us to photograph the blue smoke as this was a very rare occurrence and a powerful sign from the universe.  He was humbled by the presence of the smoke and so many elder spirits that had come forward.
We began our 13 days of magic and invite you to do the same.

Your 13 days of Magic: We challenge you to creative passion!

It begins with a small journal that you commit to offering an entry at about the same time each evening. In addition it is imperative to release any expectations about these 13 days and simply LIVE the Mantra of Self-Ascension each day as a guide.

Pay attention to the many gifts that come forward each day and notice the weaving of your creative energy.

Each evening write about your day in the manner that expresses what you learned from the day, what delighted you and what challenged you.  Try to write as the witness.  Then, answer this question and put your response into your journal:

If someone asked you what the energy of this day was and you only had a few words to describe it, what would you say?

Here are just a few of our daily summations to assist you:

Day One:  The day of the Two Turtles…yes, we purchased two beautiful turtles and they have profound meaning.
Day Two:  We set the masters table by tending the garden
Day Three:  Action with ease.
Day Four:  Work is the play and play is the work. Celebrating the “religion” of play

To begin your 13 days send us an email on Day One and we will send you progress information emails throughout the journey.  To gift yourself and harness the magic that is flowing so beautifully through May 2014.  To call into your life the full presence and power that invites your energy to be clear and your path revealed with certainty and clarity.

We would enjoy hearing about your journey and invite you to formally commit by sending us an email with your name and your commitment.

Subject: YES! I commit to 13 days of Passionate Creation!

There is more to share, however for this moment it is about the journey and the magic!

1 Aq’ab’al symbolizes both darkness and dawn. It is the MAGIC when Night cedes to Day and Day gives way to Night.  The period of transition, grace, and ones full potential.  It is light and dark, heat and cold, opposing sides and opposite energies.  It is the essence of the love between a man and a woman, of marriage, romance and all matters of physical, spiritual, and emotional love.  It also signifies harmony, truth, hope and solemnity; awakening and enchantment; magical spells, mystery and devotion.  It is the nagual of clarity and light, a force of renewal, and helps us gain illumination into the issues that impact our lives.

One response to “Start your 13 days of Creative Passion!”