Sri and Kira just returned from Guatemala where they spent each day busily assisting the villagers in San Antonio Palopo by distributing much needed medical supplies. They also finalized plans for the installation of clean water systems for the two schools and the central municipal buildings.

Your donations have brought forward truly miraculous momentum for these beautiful people, and have helped prevent an outbreak of cholera while providing for natural medicines to those who are in great need. 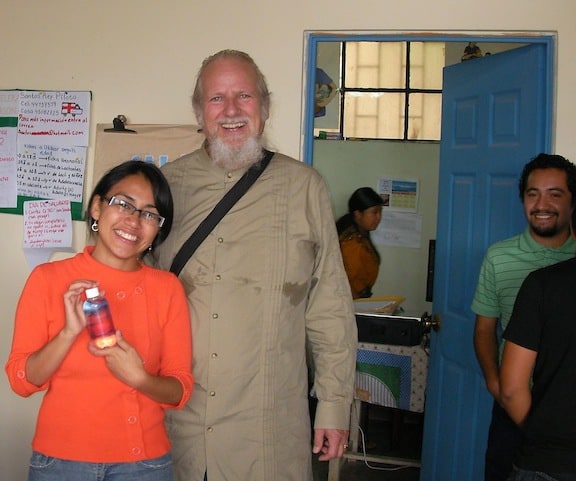 Sri Ram Kaa is pictured here with the lead doctor at the San Antonio Clinic shortly after bringing her a large case of Bionaid that was purchased with your donations. This powerful product acts as a viral cleanser for those who are ill and also works topically on infected areas of the body.

The doctor was delighted to learn about Bionaid, and put it to use with patients while Sri and Kira were there to help oversee dispensing and usage. Many people who were injured now have infected skin sores and it was truly miraculous to witness them feel instant relief. Additionally, the overuse of traditional antibotics has left many still sick. The introduction of Bionaid is bringing steady results to those who are ill. 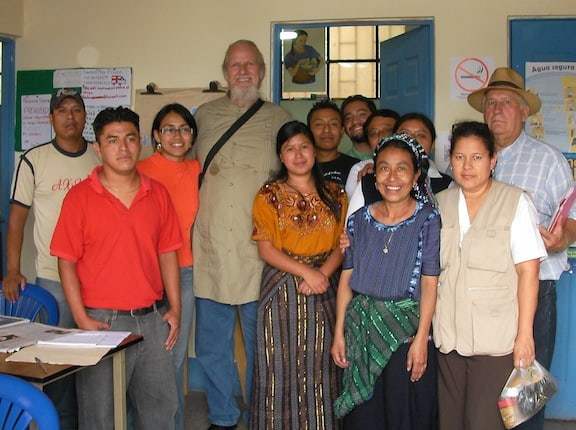 After learning about Bionaid and how to administer it to those in need, the entire clinic staff wanted to have their photo taken with Sri and Kira! Because everyone present wanted to be in the photo, the only one left to take it was Kira Raa, who is behind the camera. Broad smiles and a friendly orb all say THANK YOU to the Self-Ascension community for literally saving lives! 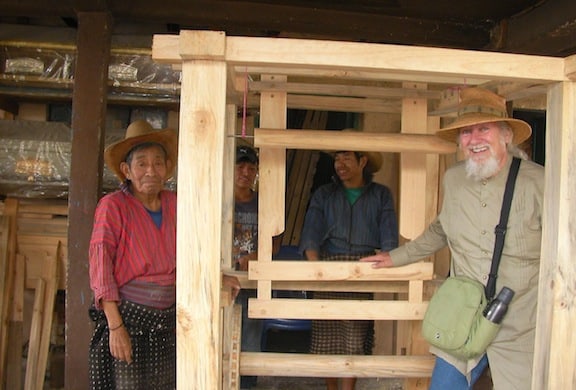 Sri is pictured here in the workshop that is producing 32 small looms and 15 large looms, (note that Sri is literally standing inside the loom) as part of the TOSA humanitarian aid project. Those who lost their homes also lost all ability to work as their looms were gone with the mud and rocks.

You may also note that in the photo to the left are also the coffins still being built at the same shop. They are stacked from plain box at the bottom to “elegant” at the top. Two people are still buried in the rubble, and 5 year old and his father.

The TOSA aid project will donate a loom and weaving supplies to EVERYONE who lost one. Assisting the Mayan families to create products that they can sell facilitates self-help and empowers self-sustaining lifestyles.